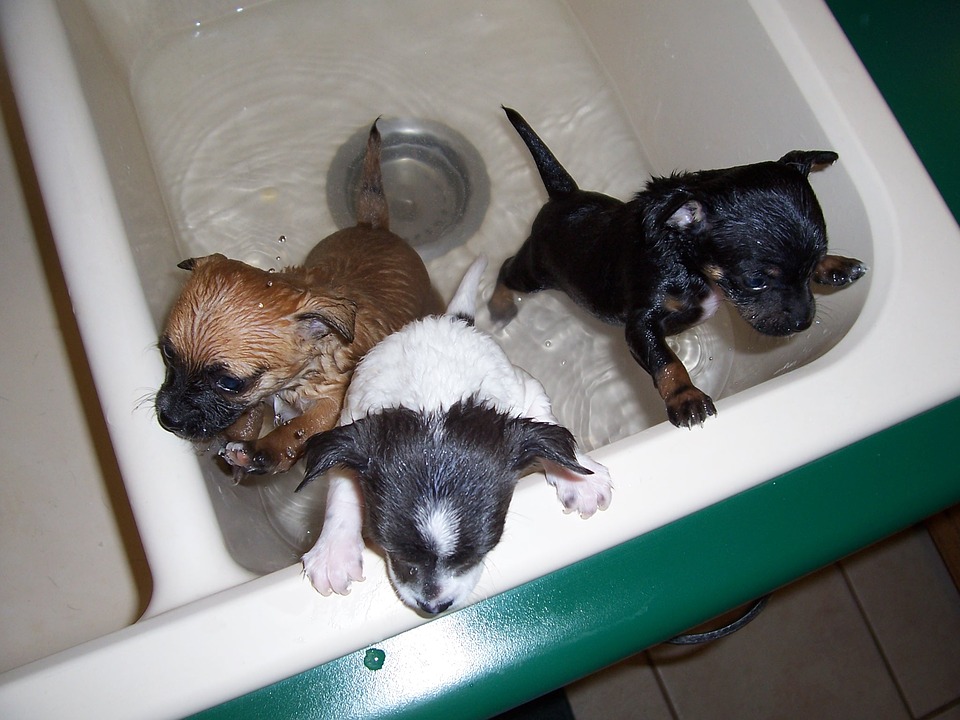 Compared to some of the other fly species, it turns out that drain flies are relatively harmless. They are not known to transmit any diseases or parasites. They are a little bit annoying but really all they care about is the decaying organic matter they can find in your drains.

The only thing you should be worried about is adult moth flies spreading all the bacteria they live in. Those bacteria come from dirty places and can cause some health problems to your dog, but nothing particularly serious.

Although they are not attracted to foods, they might land on them in the kitchen if there are lots of drain flies in your house. Since they don’t bite, transmit diseases or sting other living beings, they are not harmful to dogs in those ways.

Let’s see what else can be said when it comes to drain flies and dogs that share the same area.

Do Drain Flies Pose any Health Risk to Dogs?

If your question is “Are drain flies dangerous?” then the answer is a bit complicated. There are many different insects that can cause health problems to dogs. They can be bitten or stung by them, which is dangerous because many insects carry diseases. Sometimes dogs even eat them which can also cause health problems and make them more vulnerable to diseases.

If you have drain worms problem then try the InVade Bio Drain gel, with microbes and citrus oil and without any hars chemicals! Click here to know more & buy!

The good news is that drain flies won’t bite nor sting. They mostly just land on the wall or furniture, depending on where their breeding ground is. Usually there is a drain nearby where their eggs and larvae are. It is also where they get their nutrients from, as they eat all that filth that goes through fermentation below the gelatinous slime.

They can pester your dog in some cases, especially if he has some fermenting food on its fur for some reason. Moth flies are particularly attracted to decaying vegetables or other foods. This is also why they can’t resist flying into different types of vinegar.

Another thing you need to know about drain flies is that they can barely fly. They basically jump from one place to the other with the help of their wings. Therefore, they are not as annoying as many other fly species who constantly buzz around the place.

What if Your Dog Eats a Drain Fly?

Again, we are talking about one of those insects that won’t transmit parasites or diseases. However, if they get eaten by a dog, different types of bacteria and other filth can get in his system. If drain flies would feed on feces then it would be even worse but their diet differs greatly.

Moth flies consume the bacteria and decaying organic matter that can be found in drains. Your dog eating a drain fly is going to be as unhealthy as him licking a drain. Drains at home can vary in the number of harmful bacteria they contain depending on how dirty they are.

Since these flies don’t eat feces, they can’t transmit parasites. All in all, your dog eating a drain fly isn’t the worst thing that can happen but it’s not good either. Once drain flies appear in your house, you should fix the problem as soon as possible.

As they reproduce, it is more likely that they will pester your dog while he is at sleep. Not to mention that eating them will weaken his immune system, making him more vulnerable to diseases.

How to Get Rid of Drain Flies?

It is important to get rid of drain flies as soon as it is possible. Drain fly infestation is a serious problem, if you don’t mind the small, flying bugs, most likely your neighbours or visitors do.