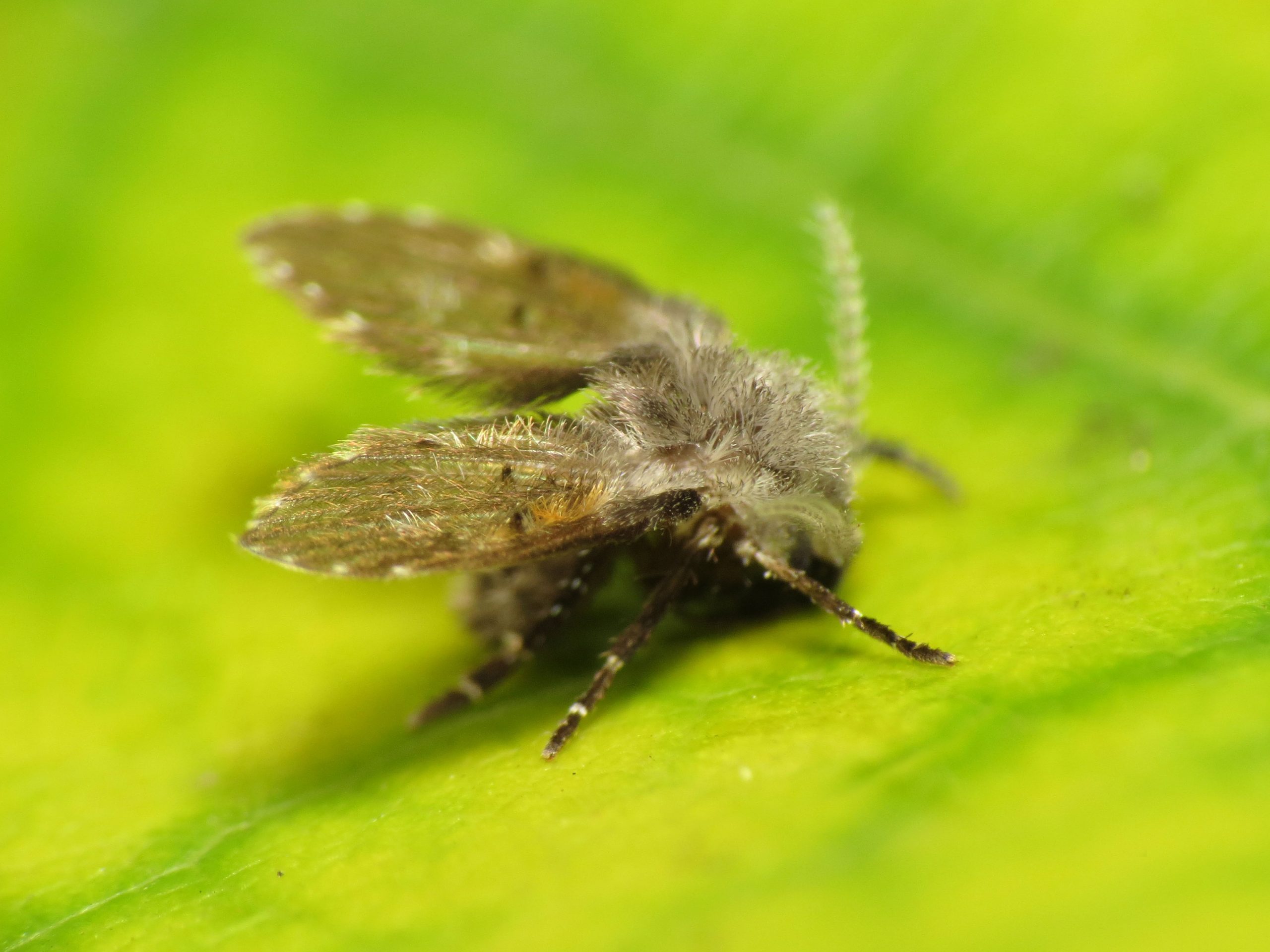 Drain flies are black or yellow, tiny creatures that resemble moths. It is the source of their nickname — they are also called moth flies for their fuzzy image. But for the most part, humans encounter them near drains in kitchens and bathrooms: they rest during the daylight, as they are nocturnal insects.

Drain flies never travel too far away from their breeding sites within the pipes since they are not that good at flying and traveling over long distances. As a result, they prefer to occasionally switch between flying and walking.

When organic material enters the pipes, there is a chance that it will get stuck. If that happens, rotting wastes create a brilliant opportunity for decomposers to feed. Bacteria, fungi, and drain flies are attracted to the filth within the pipes and are using it as their breeding source.

One specimen is capable of laying up to 100 eggs at once. So, yeah — drain flies can reproduce quickly. As soon as a new adult fly emerges from the breeding site, it starts to seek mates to breed right away. If conditions are just right (typically, in summer) — they can complete their life cycle and change a generation in a time of a week.

#3 Drain flies are not limited to your drains

They tend to live in moist, damp areas with the presence of decaying organics. Such places as swamps, sewage treatment plants, dung, rotten trees make perfect homes for them. Outdoors their population heavily depends on the season, as they die out in winter and actively breed in summer.

They are part of the Psychodidae biological family — it includes more than two and a half thousands of species across the globe, most of which live in humid tropic. Their genealogy can be traced back to the Triassic geologic period, meaning that these flies are as old as dinosaurs. It was probably the reason why they adopted a nocturnal lifestyle: most of the dinosaurs were diurnal (active in the daytime), so being active at night is a great evolutionary device to avoid them.

Phlebotominae is a sub-family of the Psychodidae, and a rather peculiar one, as it includes a bunch of blood-feeding flies. These flies suck blood from mammals as well, which can lead to nasty consequences, such as pathogenic microorganisms entering the human bloodstream.

Common drain flies do not carry any diseases, but their closest vampire kin can cause Pappataci fever, leishmaniasis, and other serious illnesses. It is an issue of great concern for tropical regions where these flies can be found.

#6 Drain fly larvae are quite hard to kill

A common method used to deal with drain fly larvae involves pouring bleach solution down the drain. While it can eliminate some larvae, it is mostly ineffective due to how resilient the larvae are. They can survive drastic temperature changes and are not vulnerable to bleach. Some species also have special limbs to attach themselves to a substrate and become almost immovable, rendering boiling water even more useless.

Leaving aside the fact that we are talking about pests, these flies look cute, thanks to their fuzziness. It becomes more obvious when comparing them to houseflies, which look generic and bland. Just look at how drain flies shelter themselves with the wings during the day!