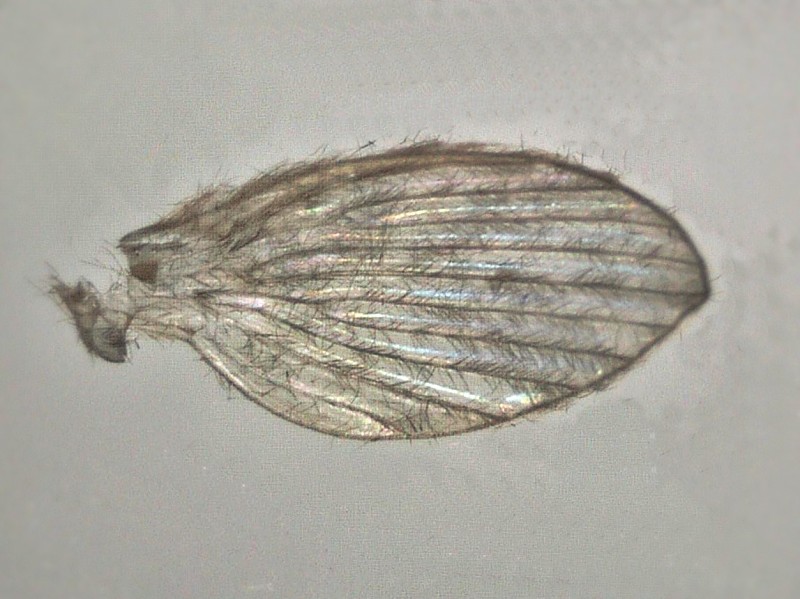 Have you encountered a small flying insect in your house that is covered with hairs? At first sight, it might seem like a moth but taking a closer look might reveal that it’s actually a drain fly. Don’t worry, you are quickly going to find out which one it is and then proceed with the proper pest control method.

Since drain flies look similar to moths, people often call them moth flies. Now the reason why you need to identify them as soon as possible is because there are various types of flies that can spread bacteria. You need to know exactly which type of fly is about to infest your home.

Knowing this information is going to help you fix the problem much quicker. Moth flies are often confused with fruit flies, yet it is hard to confuse them with house flies. Every type of these pesky flies has its own preferred territory.

They also have their own diet and breeding habits that makes them easier to identify. Just by reading this article, you are going to be able to identify drain flies and their larvae within a couple of minutes. You are also going to know where to find their breeding ground and get to the root of the problem.

Getting rid of them completely is not a hard process at all. There are plenty of drain cleaners and other cheap and easy ways to kill all the larvae once and for all.

If you have drain worm or fly problem then try the InVade Bio Drain gel, with microbes and citrus oil and without any hars chemicals! Click here to read more & buy!

A drain fly does not differ much in size compared to other common types of flies. Most of them is about a 1/6 of an inch in length. As we mentioned above, the body of a drain fly is completely covered with hairs.

Just like moths, they have a pair of antennae that helps them navigate while flying and moving around. You are not really going to see them flying though, as they rather prefer to walk.

A drain fly doesn’t differ that much from a moth at first sight, it is rather just smaller. Although their wings are somewhat covered with hair, their head appears as a complete tuft of hair. It might seem like they have strong wings but the fact is that they are not able to fly for long.

All drain flies share the important characteristic that the veins on their wings are visible and display a unique pattern. These wings also function as a layer of defense while the drain fly rests on your wall. It doesn’t do much against humans, however, because you can still crush them easily.

After doing so, take a look at the spot where the fly was and if there is a powdery smudge, then it was indeed a moth fly. Since they have difficulties with flying, they don’t venture far from their breeding ground. If you find a drain fly at home, there is a high chance that you are going to find the larvae in the nearest drain as well.

What Color are Drain Flies?

Drain flies are yellow, brownish yellow or gray. With one of these colors paired with the other characteristics mentioned above, you can easily identify a drain fly. The veins on their wings appear as parallel black lines on a transparent membranous layer. All covered with tiny hairs, of course.

While moths have more butterfly-like wings and patterns, the wing shape of a dain fly has the shape that every other type of fly has. The reason why it is confusing is because moths have a similar tuft of hair on their head.

However, for those who rarely encounter either of these pests, it might be hard to identify which one is it. Moths are really bigger too and you are rarely going to find them around drains. They are much better at flying than drain flies, too.

Now there is another pest that people confuse the drain fly with. The fruit fly is actually similar in size, yet you can tell the difference by looking at the colors. First off, their eyes are either red or black. Their overall color is typically tan which is sometimes almost yellow.

Their body, wings or head is not covered with hairs at all and they have a dark striped pattern on their abdomen. Black-eyed fruit flies are slightly bigger then the red-eyed ones. Comparing the colors and other characteristics we shared, you will be able to identify drain flies right off the bat.

Drain worms are basically drain fly larvae and they can appear in any drain, water leakage or standing water at home. They are also called as black worms for the reason being that they are, in fact, black or dark brown.

In fact, they appear black because of the black stripes on their back. Between this dense striping, they are actually yellowish brown or tan. The reason why they are in your drain is because there is plenty of decaying organic matter there.

All that dirt and gelatinuous slime gets accumulated if you don’t take care of it and eventually becomes a breeding ground for drain flies. If you see black worms in the toilet, shower or any of the drain at home, they are most likely drain fly larvae.

Besides their color, they look pretty much like any other worm. These little pests have no legs and reach 3/8 inches in length at the peak of their larval stage. They don’t have eyes either, which is why they spend most of their time in the gelatinous slime they were born into.

They can be found under that film and use their black breathing tube to penetrate out of it for some fresh air. Then they descend back, as they don’t need to breathe all the time. They can survive without oxygen for quite a long while.

Although they are not big and can’t spread diseases directly to humans, they can spread bacteria from the filth they live in. Not to mention that it’s annoying enough in of itself to encounter such pests in the bathroom or kitchen.